Rohit Shetty is a Bollywood film director who specializes in making action films. Not only this, Rohit’s films do not weaken at the box office in any situation and a real example of this is his recently released film ‘Sooryavanshi’. How powerful the films made by him would have been, he has proved this thing once again. Theater owners have got a big relief due to the tremendous jump at the box office from the first big film released in theaters after the Corona epidemic, ‘Sooryavanshi’.

Akshay Kumar And Katrina Kaif starrer film ‘Sooryavanshi’ is very much liked by the people and this is the reason that the film, which was released in theaters on November 5, is still in the box office. Looking at the box office collection of the film so far, it would not be wrong to say that this film will soon prove to be successful in crossing the 200 crore mark. 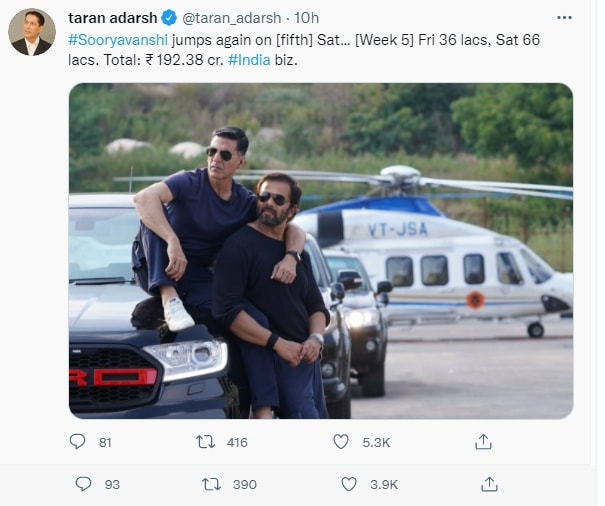 On the other hand, Salman Khan and Ayush Sharma starrer film ‘Antim: The Final Truth’ was released on 26 November, but according to the expectations about this film. Couldn’t show anything special. From the point of view of earnings, the beginning of this film has been very slow. For a long time, good earnings were being expected for Salman’s film in the theatres.